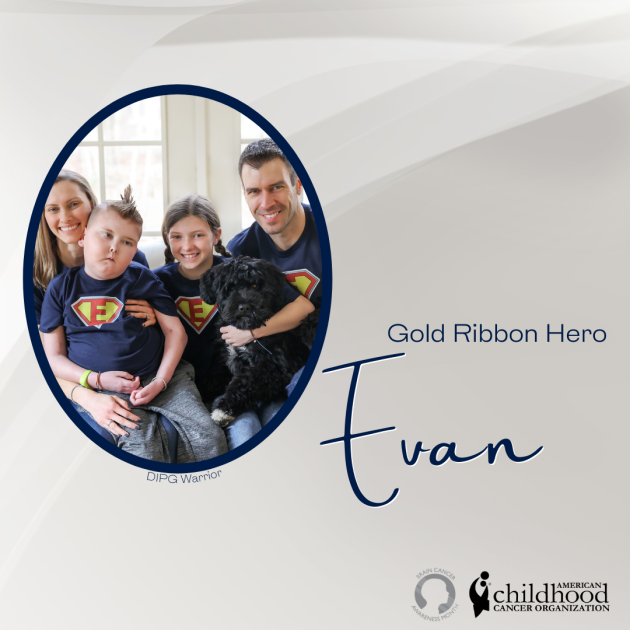 When Evan started demonstrating balance and speech difficulties accompanied by headaches and lethargy, his parents took notice. They took him to the pediatrician who advised them to take him to the emergency room. An on call doctor told the family that night that Evan had a brain tumor, but couldn’t give any other information. The next day, Evan was diagnosed with Diffuse Intrinsic Pontine Glioma, or DIPG. “We were told he had about nine months to live.”

Treatment started immediately and to date, Evan has undergone three separate rounds of brain stem radiation, participated in two clinical trials and had a brain biopsy.

Evan loves legos and baseball, reading and spending time with friends and family. “”We are extremely grateful that Evan has responded so well to radiation. He is almost three years post diagnosis, which is not common. Evan was able to go back to school and play sports for over two years. This past fall, he started having increasing symptoms and is now on hospice care.”

Currently, Evan is stable but on hospice care. He is no longer able to walk, communicate well or eat solid foods.

Brain cancers account for about 15% of pediatric cancers and are the second most common type of cancer in children. May is Brain Tumor Awareness Month and May 17 is DIPG Awareness Day.

Meet David, an adventurous 8-year-old DIPG warrior. He is a bear cub scout and a roller coaster enthusiast with a zest for life! 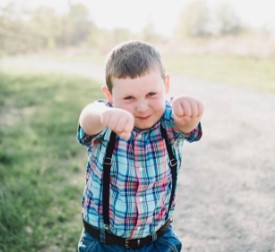 David Jr.’s symptoms came on quickly. Within a day his parents knew something was wrong. David was participating in his weekly jiu jitsu class when he could not roll. His grandfather brought him home and his parents noticed that his head was wobbly and tilted and he was acting goofy. David’s parents took him to the pediatrician who suggested David could have gotten into some medication. The doctor had ruled out an ear infection and possible recurrence of torticollis, a problem with the muscles of the neck that causes the head to tilt down. When David was a baby he had suffered from this condition and his parents thought this could be a recurrence. The doctor sent him home and said that if he had any headaches or was dizzy to bring him back to the office.

On April 17, 2018, David was taken back to the doctor’s office because of dizziness and a headache. The pediatrician mentioned that it might be a brain tumor, but his mother remembers laughing it off thinking it was so off course. The pediatrician advised his parents to take David to the ER for fear of a stroke. After a stat MRI, the ER doctor told them that there was a mass on David’s brain. 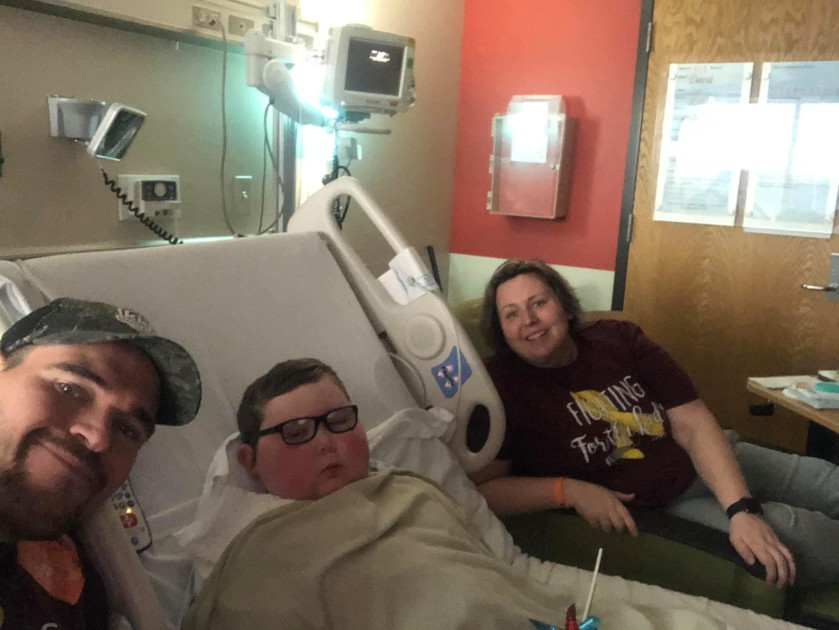 David was brought into the PICU almost immediately where they met the oncologist who advised David and Elizabeth about David Jr.’s condition, DIPG. Diffuse Intrinsic Pontine Glioma (DIPG) remains one of the deadliest forms of childhood cancer, with a long-term survival rate of less than 1%. After receiving the diagnosis from the oncologist, David’s parents decided they wanted to get a biopsy even though that was against the head of pediatric neurosurgery. They were advised that having the biopsy would not change the result and a cure didn’t currently exist.
David Jr.’s parents were not accepting this, so they decided to go forward with the biopsy. He received 30 days of radiation to his brainstem and then received radiation in 2019. In the summer of 2019, David made his way to Cincinnati for a trial. Unfortunately, he was denied admission because he was doing ‘too well’ to participate. The family was advised to bring him back after Christmas.

In December 2019, he lost the use of his right hand. He was on a match trial in January of 2020 and by February of 2020 he was in the ER. He was extremely lethargic and the tumor had changed. He was prescribed high dose steroids again and they waited. The first week of April during the covid pandemic, David was rushed to the hospital. This time he stayed for five days and doctors were thinking of doing radiation for the third time. In late April, David was having problems breathing. He underwent radiation for the third time and just last week he got out of bed by himself, with no assistance!

Like night and day, David went from being unable to roll, speak, move, breathe properly, and 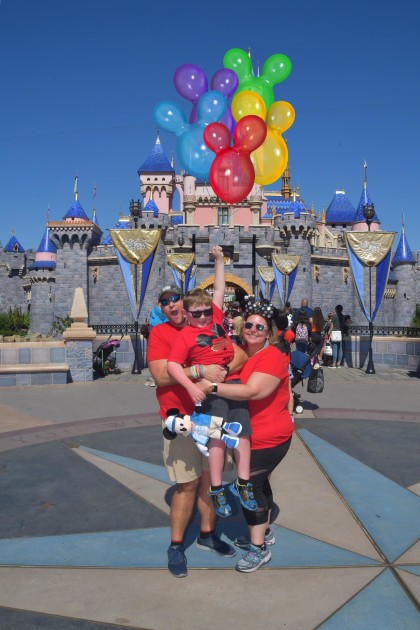 swallow to talking like normal, walking normally and getting around with no assistance!

Every day, the Turner family talk about their “good day score” and last week David said he had an “11, because I got out of bed and walked by myself!” This week, he rated one day a “14” because of surprises throughout the day.

David is surprising all of the doctors with his turnaround. His family went from talking about end of life care to walking around normally. During his DIPG journey, David has remained positive. When he was initially diagnosed, his parents had pre-existing plans to take him to a popular outdoor event in his hometown and they weren’t missing it just because of the diagnosis. He told his mom that “today was the best day ever” and asked if they could come back next year. Of course they did. David’s parents were dedicated to making memories with him while he was able to get around and remember. For a 9 month diagnosis milestone, his parents celebrated with a Chuck-e-cheese party. For the one year diagnosis, his parents celebrated with a Nerf party.

“Life with David is an adventure everyday. We have done as much as we can. He went to kid prom, he has been traveling and riding roller coasters. He loves to go to the beach. We have made every day the best day ever and an adventure for him. We wanted him to have as many memories as possible” said Elizabeth. 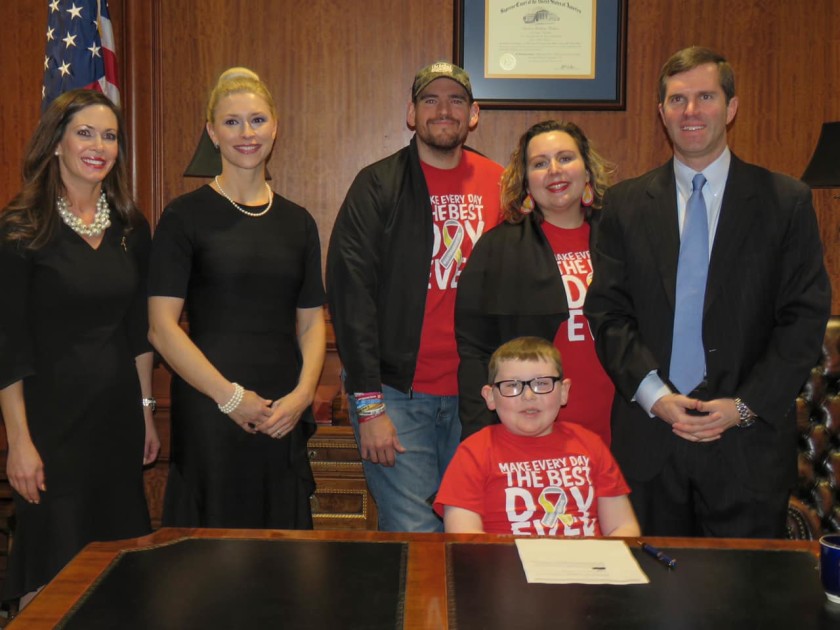 This past January, David was able to meet the Governor and Senator of Kentucky where he rummaged through their desk drawers and banged the pens on the desk. Both the Governor and Senator welcomed David and helped declare May 17 as DIPG Awareness Day. Last year 32 states got proclamations passed and this year the proclamation was signed for DIPG awareness. David even declared Ice Cream Day at the youth advocacy day in the rotunda this past January.

Together, we can make a difference.