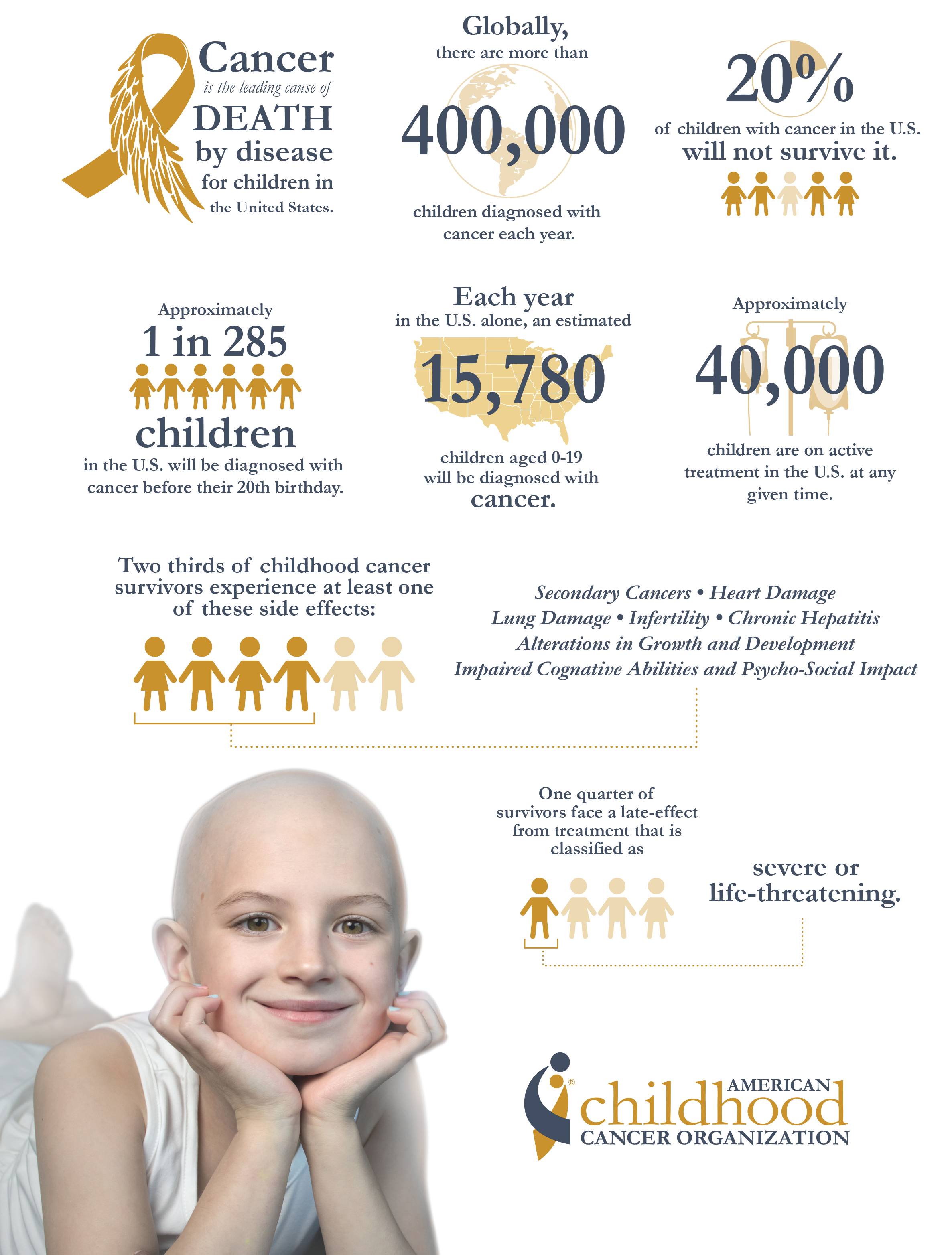 At the American Childhood Cancer Organization, we believe that knowing your enemy is part of fighting it. A critical problem in the fight against childhood cancer has been a lack of coordinated information-gathering that could facilitate more research, enable better treatment options, and empower families and survivors. Therefore, a central element of our mission is helping to ensure that policymakers, researchers, and leaders in the healthcare community, in the United States and abroad, have the tools they need to collect data and share as much information on childhood cancer as possible. 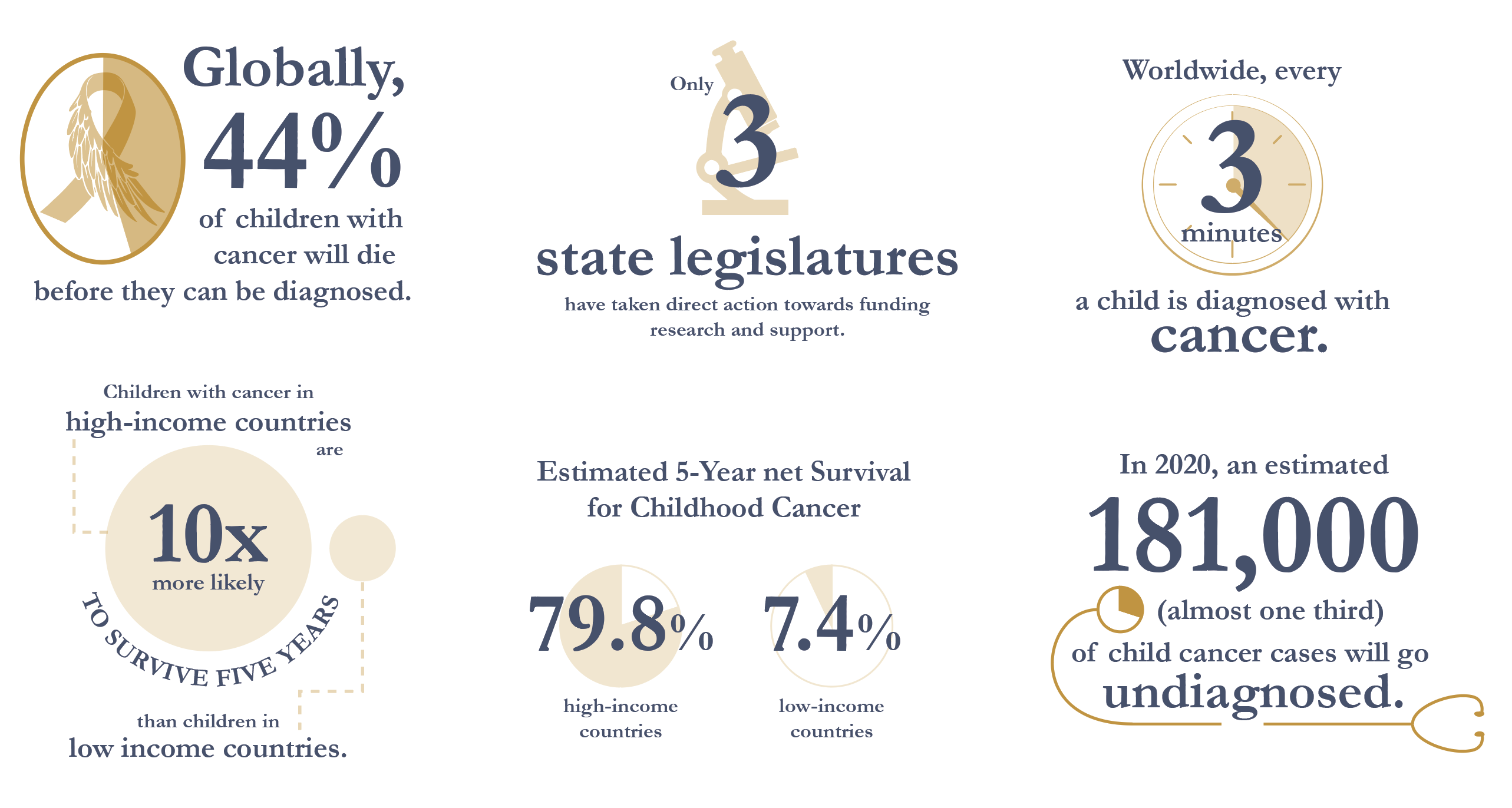 Cancer remains the leading cause of death by disease for children in America.

Approximately 1 in 285 children in the U.S. will be diagnosed with cancer before their 20th birthday.

Approximately 40,000 children in the U.S. are on active treatment at any given time.

Globally there are more than 400,000 children diagnosed with cancer each year.

20% of children with cancer in the U.S. will not survive it.

One quarter of childhood cancer survivors face a late effect from treatment that is classified as severe or life-threatening.

Globally, 44% of of children with cancer will die before they are diagnosed.

Only 3 state legislatures have taken direct action towards childhood cancer research and support.

Worldwide, a child is diagnosed with cancer every three minutes.

In 2020, an estimated 181,000 childhood cancer cases will go undiagnosed. That’s almost one third of all cases.

You can help change these numbers.