Ryan was diagnosed with T-Cell ALL (leukemia) at the age of 13. He had a very good heart and loved God and he wondered why this happened to him. Ryan was very sad because he didn’t understand why God allowed him to get this horrible disease.  Although he had gone into early remission, the leukemia came back after only 3 months in maintenance. We found out because he had lost his eyesight. The doctors recommended a Stem Cell Transplant, so we moved from El Paso to Houston for the treatment. Thanks be to God, Ryan recovered his eyesight, but the treatments were brutal, putting his life in danger several times: with septic shock, pneumonia, and all sorts of infections.  In Houston, we prepared for his transplant.  The conditioning and transplant were even more torture for him than the previous treatments. He experienced a lot of pain, not only physical, but emotional and spiritual. While at the hospital, we met a priest who was a tremendous support for Ryan.  He gave Ryan the courage to continue fighting for his life, through his faith.  This helped Ryan so much and prepared him for his final battle. Ryan received his Last Rites before he went to the Kingdom of God and that gave him so much comfort.  We, like most families, asked ourselves the famous question, ¨Why?¨ In one of our conversations with our priest, he told us he didn’t have the answer, but advised us to ask God and if He wanted, He would reveal it to us. And He did. After some time of reading Scripture and attending Mass, it took one verse from the Bible (Romans 8:28-30) for us to understand the answer.
Ryan resembled Jesus in his suffering. He was a lamb like Jesus and his suffering was for saving souls, starting with our own. And for all of his suffering, Ryan will receive eternal life, glory, power, wealth, wisdom, strength, honor, and praise (cf. Revelation 5:12) in proportion to his suffering, similar to Jesus.
After a 2 year battle with leukemia, at the age of 15, Ryan entered the Kingdom of Heaven and is now being rewarded for his suffering and waiting and interceding on our behalf so that we can be united with him there.  All donations will be used to support children battling cancer in the greater El Paso, Texas area.  This community, specifically these children, are currently under-served and desperately need your support
CLICK TO DONATE NOW 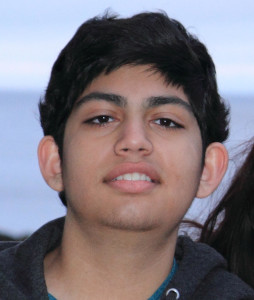