The story detailed below is an account written by Ronald’s family. Ronald is an ALL survivor and volunteer firefighter. 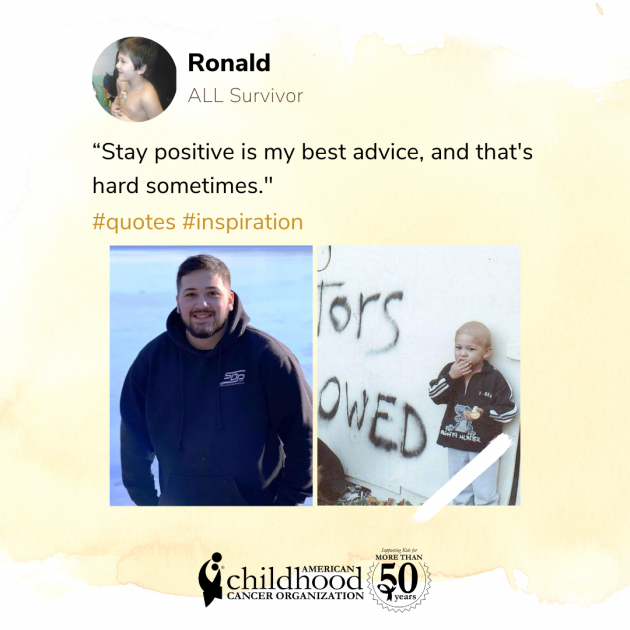 Ronald would sleep all day and said his legs ached “on the inside” for 6 weeks. Doctors performed numerous lyme tests and we were told it was growing pains. Finally, doctors sent us to Westchester Medical Center thinking it was juvenile arthritis.  She took one look at him, felt his enlarged liver and spleen and sent us to the oncology department instead. Ronald was put on the Children’s Cancer Group (CCG) Clinical Trial 1991.

There were many people in our community that had leukemia but have all survived and are in their early twenties.

Getting diagnosed is like a whirlwind. I had never heard of anyone being on chemotherapy for years.. It was so hard and depressing not to mention financially, spiritually and emotionally draining. It’s hard to stay positive when you’re worried about so much.

ACCO’s support helped so much. They made us feel like we weren’t alone.