The story detailed below is an account written by Logan’s parents. Logan is a Ewing’s Sarcoma survivor and plans to go to Texas University to play football. His ultimate dream is to play for the NFL. 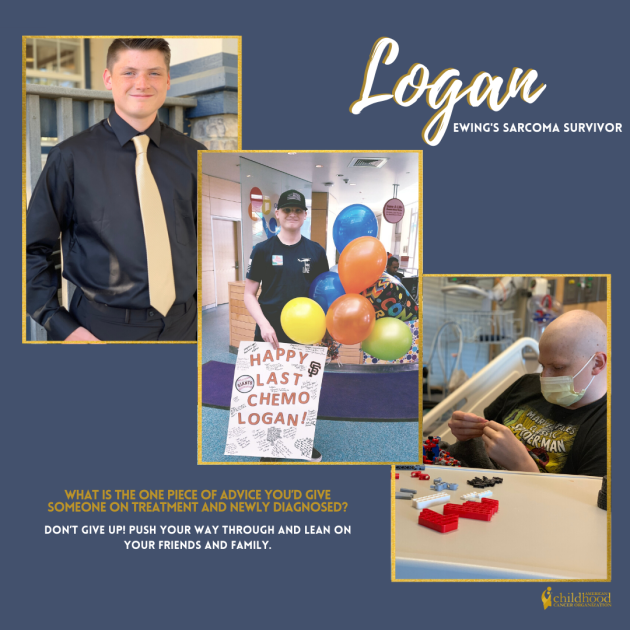 Logan had been complaining of calf pain after a weekend of extraneous activity. His calf had gotten swollen and his school nurse suggested that we get him into the doctor. We had thought he had pulled something. Went to urgent care and they did an ultrasound thinking he had a blood clot. That showed a mass and they suggested that we go to Children’s Hospital to get an MRI. Within 5 min of the MRI the doctors came and spoke with his dad and told him it was a tumor. He had 17 rounds of aggressive chemotherapy and removal of his fibula bone.

The biggest hurdle was trying to understand why he needed the chemo and that he wasn’t alone in this fight. He felt that he was the only teenager to get cancer. Wouldn’t go on walks outside the cancer floor. Got depressed because he couldn’t do the things he was used to, ie football. Though we tried to keep him in the normalization of life he wanted to still go to school while receiving treatment.

What is one piece of advice you give someone on treatment or newly diagnosed?
Don’t give up! Push your way through and lean on your friends and family.

Together, we can make a difference.
Donate today because kids can’t fight cancer alone®.