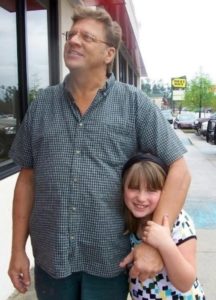 Hope4CCF (Childhood Cancer Families) was founded because of my daughter, Gabrielle, who was diagnosed with Ewing’s Sarcoma after a fall at school during a huge growth spurt on November 7, 2012. Her father had passed away the year before, so our journey was altogether different. 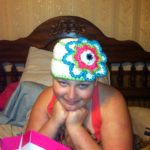 She realized that had we not had my parents to help us, we could have ended up homeless. She had me take some funds from one of her Fundraisers to buy sleeping bags and toiletries. We put them into male/female Ziploc bags, with necessities that some take for granted. When we went to NOLA, driving down the road, she would make me turn around in order to help someone in need! 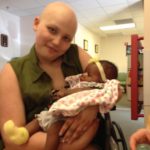 There were times she and I had only $1 and snacks from home, to take with us to the hospital, but we took what we had. At times, we used gas gift cards given to us to fill my tank to get to NOLA. Our cancer journey didn’t just ‘end’ when the tumor shrunk enough to be removed. Nor did it just ‘end’ when the chemo stopped. Yes, she SURVIVED, but the adverse effects are apparent at times. The SCANxiety comes again every 4 months, for the rest of her life. 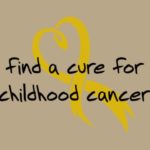 Other families are also going through this. WE are STILL feeling it…but GOD placed it heavy on my heart to HELP OTHER FAMILIES like mine. And NOW is the time. We are DETERMINED to be PART of helping to make September as GOLD as October is Pink! 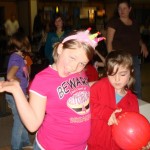 We were BLESSED to have been N.E.D. (no evidence of disease) from the Ewing’s Sarcoma, in 2016, for 2 years. With further research, I found that Louisiana was NOT one of our GOLD states in September. So I took it upon myself to compose a Proclamation, and get it to our Governor John Bel Edwards. He signed it verbatim! In June, I began planning an event in September, with the help of our local Blood Center Representative, Suzy Potter. 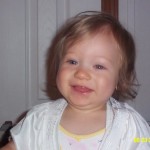 We had big plans for 2017, but Gabrielle was sent to an ENT Specialist after her February scans. They had seen a ‘nodule’ in her throat. and were concerned. Well, they put a camera down her throat, he looked at it, and immediately sent her to another room for a biopsy. Once my panic attack had passed somewhat, I was full of questions! I’m not sure if Gabrielle held my hand, or I was holding hers! She is incredibly calm about all of this. 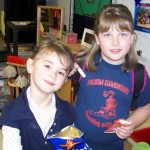 He confirmed it to be Papillary Thyroid Carcinoma, ‘commonly’ caused by the radiation from all of the scans! Scans, by the way, that she had every 3-4 months since the Ewing’s Sarcoma! Being angry couldn’t change her diagnosis, but I ADVISE every new parent to make CERTAIN that their child’s THROAT is protected during their scans!

Her surgeon, Dr. Amed Kandil, is a world-renowned DaVinci Robotic specialist. He performed this by cutting under her arm, then going under her skin to the LEFT lobe. This kept her from having a huge scar on her neck. She healed beautifully, but the RIGHT lobe showed evidence as well. So in May (which he delayed so that she could attend the Prom of Champions), he performed the DaVinci lobectomy on her RIGHT side as well. So in addition to the late effects from the Ewing’s, she has had a rough time trying to regulate the T3 and T4. But on the POSITIVE side of it all, she is now 4 years N.E.D. from the Ewing’s, which is awesome!

So now that in 2018, all 50 states are finally GOLD in September, we are hoping to hold another event! We want to help more childhood cancer families, so ANY donation of ANY amount is greatly appreciated. We provide Gift Cards; Gas/Fuel Cards; FREE informational materials for the Patient, Siblings, and Family; and we will work diligently to obtain useful information pertaining to EACH case given. Our goal is to help as many families as possible, through THE most difficult journey anyone could take. 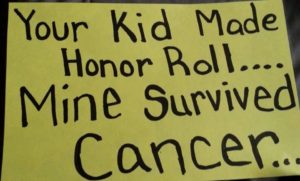