Meet Mady, a courageous 13-year-old dancer with a love of fashion and makeup. ACCO first got in touch with Mady’s mom, Ashley in February of 2019 after Mady got to meet Randy Fenoli at Kleinfeld in New York City. We’ve been following Mady’s story ever since. 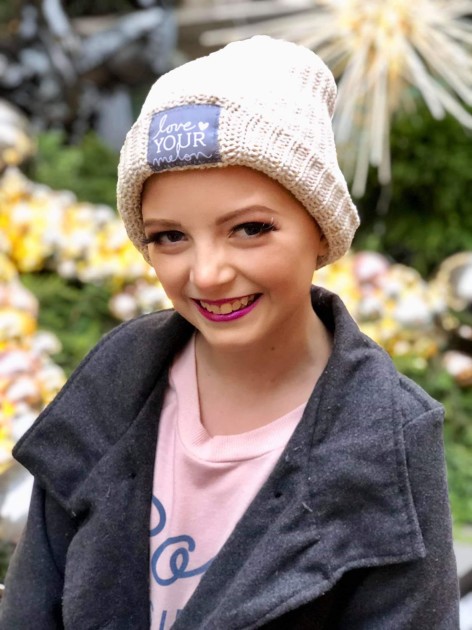 This month Mady relapsed and this time it was evident in her spine. She is beginning cycles of radiation in early February in New York.

Mady was first diagnosed with neuroblastoma at the age of 8 years old. According to Ashley, “Mady was playing softball and rounded a base. She hurt her ankle which caused pain throughout her body. I knew something was wrong but didn’t know the extent.”

“It was the scariest day of our lives. The doctor sat us down and said her gut feeling was right – they had found a tumor on Mady’s left adrenal gland.” The doctor ended up doing more scans and discovered neuroblastoma. Mady was scared and confused and of course, Ashley was terrified of the outcome. 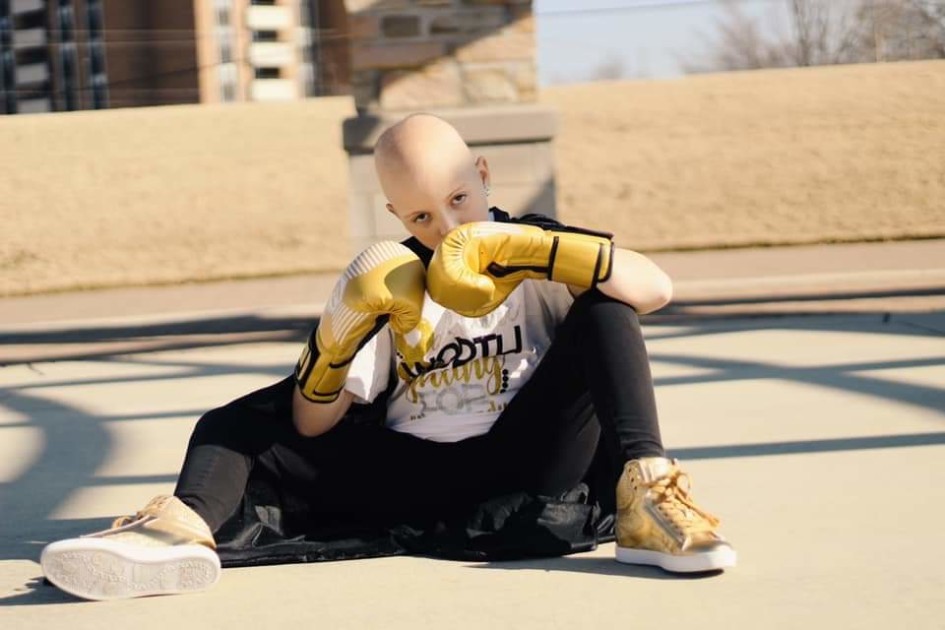 Treatment started shortly after with several rounds of chemo and radiation which made Mady extremely sick. She was devastated when she lost her hair but she kept fighting. Later, it was discovered that Mady’s body was resistant to the chemo so they quickly switched to two different immunotherapy treatment and two mibg radiation therapy treatments. Mady has had two ports placed, had her left adrenal gland removed and endured biopsies of skull lesions. 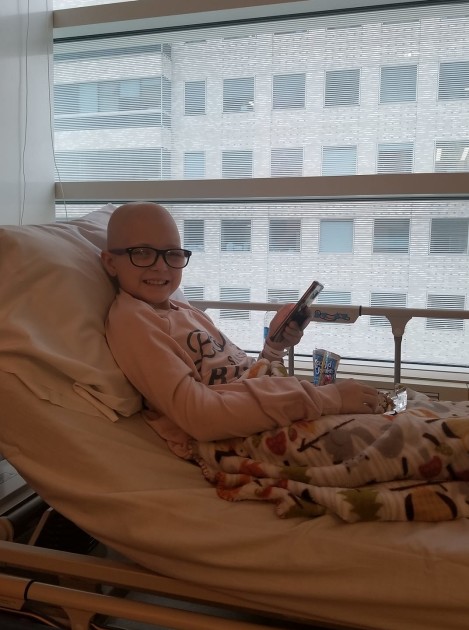 After two years of treatment, the cancer went dormant but relapsed in January of 2018. In March of 2018, Mady and her mom traveled to New York twice monthly to begin a trial treatment which cleared her of disease after 13 rounds of immunotherapy. In August of 2019, she had her first set of clear bone scans in almost four years.

Mady’s attitude has been determined throughout treatment saying “it’s okay, I’m going to beat it!” From day one she had faith that she was going to beat the disease and has persevered when nothing was working. You can follow Mady’s story here: https://www.facebook.com/groups/1038894766152004/

Please help ACCO send well wishes to Mady and her family by commenting on this post!

ACCO provides information, resources, support, awareness and advocacy to families who are affected by childhood cancer. Donate today to help the littlest warriors. 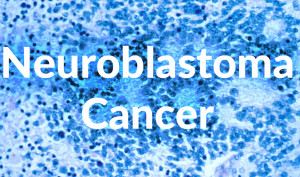 Neuroblastoma is a type of childhood cancer that develops in immature nerve cells within the sympathetic nervous system. Part of the autonomic nervous system (which controls bodily functions we do not consciously control, such as breathing and heart rate), the sympathetic nervous system is made up of nerve fibers that run parallel to the spinal cord, ganglia (clusters of nerve cells) found along the nerve fibers, and nerve-like cells located in the adrenal glands. Neuroblastoma begins to grow in the very early forms of nerve cells as they develop in the embryo or fetus.

About 33% of all neuroblastomas begin in the adrenal glands, while about 25% start in the sympathetic nerve ganglia located in or near the abdomen. Most other neuroblastomas begin in sympathetic ganglia located near the spine. The origin site of the neuroblastoma can lead to different types of symptoms; for instance, tumors within the ganglia are often felt as a bump or swelling in the abdomen or spine, while neuroblastoma in the adrenal glands can alter hormonal signals within the nervous system, leading to symptoms in other areas of the body unrelated to the cancer. In about 66% of cases, the neuroblastoma has spread to the lymph nodes and/or the bones at the time of diagnoses.

About Neuroblastoma: Detection and Diagnosis

Neuroblastoma is usually diagnosed after a parent or guardian notices one or more unusual symptoms in their child. The most common symptom of neuroblastoma is an unusual swelling in the abdomen, sometimes accompanied by a lack of appetite. The first step in diagnosis is a routine medical exam by a pediatrician; if neuroblastoma is suspected, your pediatrician will refer you to a pediatric oncologist (a specialist in childhood cancer), who will schedule a series of tests to determine whether your child’s symptoms are indeed caused by neuroblastoma.

The most common diagnostic tools for neuroblastoma include:

These diagnostic tools will also be used to stage the neuroblastoma and determine its “risk groupings”. The staging and risk grouping, along with your child’s age and medical history, will help determine the appropriate course of treatment.

American Childhood Cancer Organization (ACCO) is a non-profit charity dedicated to helping kids with cancer and their families navigate the difficult journey from cancer diagnosis through survivorship. Internationally, ACCO is the sole U.S. member of Childhood Cancer International (CCI), the largest patient-support organization for childhood cancer in the world. Here in the United States, ACCO promotes the critical importance of ensuring continued funding into new and better treatment protocols for childhood cancer.  And most importantly, ACCO is focused on the children: developing and providing educational tools for children fighting cancer and their families, empowering them in their understanding of childhood cancer and the medical decisions they must make during this difficult journey. All of ACCO’s resources are available free of charge for families coping with childhood cancer.