“Reason this person is a Gold Ribbon Hero: She held a clipper challenge and raised over $4K which she as donated to Leukemia Texas.  She let a 6 year old cancer warrior shave her head for the money raised.  Working in a professional office environment and being a professional MMA fighter, Alice hasneen able to raise awareness in the local community.  Her kids middle school principal was unaware what Gold stood for and he now allows kids to wear gold during September instead of their normal school uniforms.

My kids and I have all watched people’s facial expressions from afar and give ugly looks at my wife.  We’ve also heard others talk about her as they didn’t know we were with her.  This judgement brings attention and sometimes people are respectful enough to ask why her heads shaved.  Perfect opportunity to make them aware. 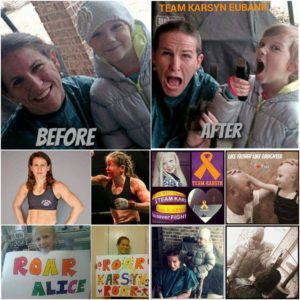 “Reason this person is a Gold Ribbon Hero: George aka King George beat cancer before he was 1 and now runs circles around us all! His pure joy and carefree attitude inspires me every day!” – Catie P 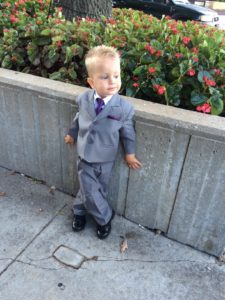 “Reason this person is a Gold Ribbon Hero: Our son fought so hard for 11 months with stage 4 Ewings Sarcoma.  He never stopped smiling and left this world with grace!!! We have a face book page that we donate in his name every 19th of the month( the day he earned his wings). We have raised thousands of dollars to honor his life!!!” – Danielle P 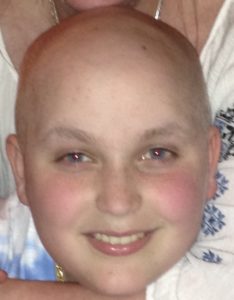 “Reason this person is a Gold Ribbon Hero: She is a strong little girl. She was diagnosed with ALL leukemia before her second birthday. August 3 2015 she turned 2 August 11. She had her first chemo at memorial hospital in Southbend Indiana on her birthday with a spinal tap also. She has had 16 spinal taps and still gets up and runs the halls after. Her strength amazes me everyday if I could only be as strong as her. She is my hero I want to be like her when I grow up.” – Toni B. 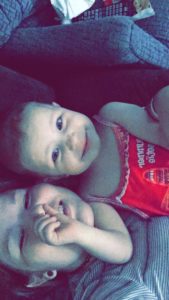 “Reason this person is a Gold Ribbon Hero: Emma was diagnosed with brain cancer in 1994 at the age of 9.
There isn’t much she hasn’t gone through. She grew up quickly. She grew up within a hospital.
It’s easy to look back and remember all those bad times.
However it is how she continues to live that sets her apart from everyone else.

She graduated from the prestigious Cleveland Institute of Art with her bachelors degree in painting.
Just recently she started the masters program at Kent State University.
However living with cancer is always at the forefront. She volunteers at many pediatric cancer events. She never forgets what she went through.
She is my miracle. She is what pediatric cancer awareness is all about. Living life to the fullness.” – Julia A 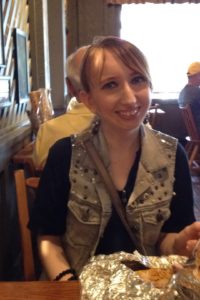 “Reason this person is a Gold Ribbon Hero: Chase was determined to graduate with his class. He fought hard and 3 days before graduation he died from Osteosarcoma 1996 _ 2014. His classmates admired him for encouraging other cancer kids at C.H.K.D. & encouraging them. His hero story can be goggled.  WTKR Norfolk, Va. Ran stories about his fight.  His classmates wore yellow Ribbons at graduation & gave a standing ovation when they called his name, quite sure he heard it in heaven.the class continued with fundraisers.  This grandmother was honered to he chose her to be his grandmother.” – Audrey S 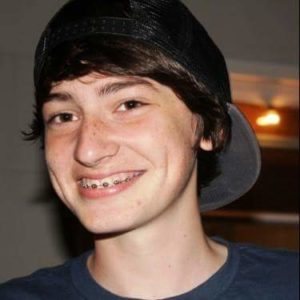 “Reason this person is a Gold Ribbon Hero: This beautiful baby boy was diagnosed at age 7 with lymphoma. He fought this horrible disease and WON!!!! He is my hero.” – Felisha B 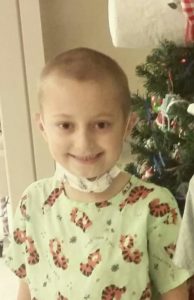 “Reason this person is a Gold Ribbon Hero: Joshua Nicolas Bembo is our little boy from Waldorf, Maryland. On Thanksgiving Day 2011 he had repeated bouts of seizures. An Emergency Room visit resulted in his first-ever MRI followed by a brain biopsy. The result became every parent’s worst nightmare: he was diagnosed with gliomatosis cerebri, an extremely rare primary brain tumor carrying a very poor prognosis. It was very unfortunate that the tumor had already affected 1/3 of his brain. Josh turned 8 years old a week after he was diagnosed and celebrated his birthday at the hospital. The hospital would become a very familiar place for Joshua. Yet after every hospital visit, in every cycle of chemotherapy, countless medical check-ups, MRI’s, brain surgeries, and throughout all the poking and prodding, his young age belied his incredible resilience. Cancer may have robbed him of strength, but certainly not of spirit. A month before the anniversary of his diagnosis and few days after his eleventh cycle of chemotherapy, a new tumor was discovered. In just two months since the last MRI, the growth was alarmingly aggressive. It was a risky choice to have it removed, but a difficult decision had to be made, so on the 30th of October 2012 he underwent another surgery. Recovery was very slow and painful for Josh and our family. He was unresponsive for a few days. As we watched our child in the ICU fighting for his life, we began to question whether we had made the right decision. Eventually Josh was able to give my hand a simple squeeze; it was a heartbreaking sign that he heard and understood me as he continued to fight for his life. I felt some sort of relief. I have not felt it in a while. And even if I have always acknowledged what reality may bring, at that point there was calm in my heart, temporary as it may have been, and fully knowing what lay ahead. On March 1, 2013, our brave boy earned his angel wings. During his final moments, he was surrounded by family and friends whom he touched in many special ways throughout his short, yet very memorable life. Joshua’s life would seem too short to many, but those who knew him understand that the quality of life far exceeds the quantity of time in which one exists. He described himself as “CALM, FEARLESS, and BRAVE”. He gave us all such courage and hope and reminded us of the preciousness of life. Joshua’s valiant 15-month battle with cancer may have ended his young life, but he left behind a huge legacy of hope, as he donated his brain and spinal fluid to the Children’s National Medical Center in Washington D.C. with a strong desire to help find the cure. Recently, his tissue was shared with the Weill Cornell Medical College to support their GC research effort. We all seek remedies for the treatment that will beat cancer, and with his help and that of many others, we are hopeful that someday soon there will be an answer, there will be a cure. Joshua brought us so much joy. He inspired us to be calm, to be fearless, to be brave. He encouraged us to be strong. And until the end, he kept his loved ones united – in prayer and in love. His memory will always live on. In our hearts. In our memories. Thank you Joshua for all that you are. Rest in Peace my son. We love you forever.” – Evangeline S 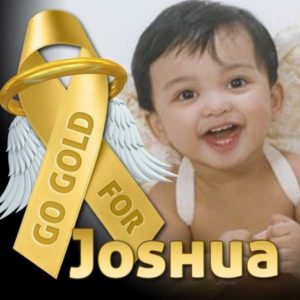 “Reason this person is a Gold Ribbon Hero: My son Damon is 12.  He was diagnosed with Osteosarcoma at age 9 Jan. 31, 2014.  He instantly made became a viral sensation when Pharrell Williams sent him a very inspirational video: [https://youtu.be/KtX54oQlLyk]  In the video Pharrell said Damon would do wondrous things and inspire many.  Damon took that to heart.  Damon has never been mad, sad or anything about his cancer.  He had a limb-salvage surgery April 2014.  His entire humerus was dead and he had a massive tumor.  They managed to save his arm.  He then endured another 10 months of very hard chemo.  Jan. 2015 he was declared Cancer Free.  Damon continued to inspire many.  In 2015 He was given the Courage Award from the Sarcoma Foundation of America and the Shining Star Award from The Ferrari Kid.  He became the spokeskid for the WNBA Silver Stars cancer program, San Antonio Rampage, he was part of the advertising campaign for University Health Hospital in San Antonio, he was featured on Entertainment Tonight [https://youtu.be/Jxhls6MaXPc] and more.

November of 2015 the osteosarcoma cancer returned in his arm.  At this point the only way to save his life was the amputate his left arm.  It is a high amputation (cut into his clavicle).  Do you know he told the doctors not to feel bad.  He didn’t want them to hurt or feel bad for having to cut off his arm.  He said he understood and was okay with it.  Yes….he’s only 12!!!

He was in the news in May when he finally met Retired LTC Touchet.  Damon had inspired LTC Touchet for 2 years and the two talked back and forth.  When they met it was very emotional for the two of them:  http://www.ksat.com/news/young-cancer-patient-resilient-spirit-continues-to-inspire

Recently Damon wanted to help the other cancer kids at University Hospital.  He wanted a bell for them to be able to ring when they were done with their chemo treatments and declared Cancer Free.  He admires Firefighters, so he thought a FireTruck Bell would be the best.  Through his efforts, not only did the San Antonio Fire Chief help get Damon a bell, the two of them found a way to not only have this bell be a Beacon of Hope to kids with cancer, but a way to honor those firefighters who passed away with occupational cancer.  On 25 Aug 2016 Damon, the San Antonio Fire Chief and the Mayor of San Antonio, Mayor Ivy Taylor, presented the bell to the hospital: http://news4sanantonio.com/news/local/cancer-survivor-firefighters-donate-cancer-bell-to-university-hospital-08-25-2016

Coming soon he will be featured in a Comic Book from MediKidz to support Osteosarcoma.  He is also writing a book about Cancer for other kids with Cancer to let them know you can still be Happy!   There are Super Heroes and there is Damon!  Damon is by Far, MY HERO!!” – Brian B 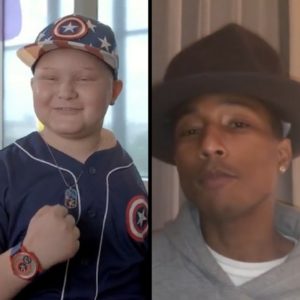 “Reason this person is a Gold Ribbon Hero: My son and hero Thomas was diagnosed with ependymoma brain tumor at age 2. Through his short 13 years he became a 6 time cancer survivor,  in his last year fighting 2 cancers. Thomas would endure 5 invasive brain surgeries,  countless rounds of chemotherapy,  2 separate forms of radiation, more procedures. Thomas had everything thrown at him, but it wasn’t just how he battled cancer, it’s how he lived his life. My son was the first to extend his hand and his heart. His love for others always outweighed his love of himself. His prayers were never for himself, but for others that Thomas felt needed prayers more than him.  He was loving, compassionate,  kind, funny, smart, athletic. He was a leader, not by a spoken word,  but by how he lived his life. We lost Thomas on Oct.7th, 2011. His loving spirit will live on in all of us. Since Thomas’ passing, the gym in his school bears his name. In Nassau County,  May 28th will forever be Thomas Reynolds Day. A tree and plaque were placed in his honor at a local baseball field. The Thomas Reynolds Foundation was created in his honor, to assist other children having to endure the devastation of pediatric cancer.  Most important of all, his name will forever be spoken and his spirit will live on in all of those fortunate enough to love him. My hero, my son forever, my best friend.” – Lisa T 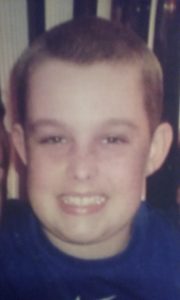