We are pleased to be able to announce that Dr. Peter Adamson, attending Physician in the Division of Oncology at The Children’s Hospital of Philadelphia (CHOP) has been named by President Obama to the National Cancer Advisory Board today. Many of you have raised your voices and expressed the importance of having a pediatric oncologist in the Board, so we are gratified to be able to make this announcement.

We are also pleased that this announcement comes as the Administration, including the National Cancer Institute (NCI), is scaling up the Precision Medicine Initiative, which was announced by President Obama in his State of the Union address earlier this year. This initiative aims to enable a new era of medicine through research and technology that empowers patients, researchers, and providers to work together toward development of individualized treatments. As a part of this initiative, the President has included a request for $70 million in funding for NCI to scale up efforts to identify genomic drivers in cancer and apply that knowledge to the development of more effective approaches to cancer treatment. The Initiative also calls for the development of a research cohort of a million or more participants.

As we work with the teams at NIH, FDA, and ONC to scale and shape the cohort and this Initiative as a whole, we are eager to work with you to ensure that the pediatric cancer community’s voices are heard. You can learn more about the Initiative and sign up for updates here: www.whitehouse.gov/precision-medicine. NIH will also be hosting a workshop on patient participation in the cohort on July 1 and 2, and I would encourage you to tune in and participate online. Information on ways to engage in that workshop is located here: www.nih.gov/precisionmedicine/events.htm.

We were pleased to be able to bring the pediatric cancer community together last September and hope to continue to build upon the dialogue we began at that convening, including the announcement that the White House Office of Management and Budget would be disaggregating spending in a way that would report pediatric cancer research totals.
Best, 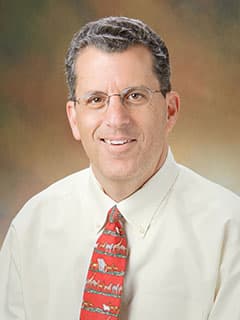 Dr. Peter C. Adamson is attending physician in the Division of Oncology at the Children’s Hospital of Philadelphia (CHOP), a position he has held since 1999. Dr. Adamson has been Chair of the Children’s Oncology Group, supported by the National Cancer Institute (NCI), since 2010. He was Chief of the Division of Clinical Pharmacology and Therapeutics at CHOP from 1999 to 2014, and also served as Director of the Office of Clinical and Translational Research from 2005 to 2011. He served as Professor of Pediatrics and Pharmacology and Associate Professor of Pediatrics and Pharmacology at the University of Pennsylvania from 1999 to 2006. Dr. Adamson was an investigator in the Pediatric Oncology Branch of NCI from 1995 to 1999, and he served in the United States Public Health Service from 1994 to 1997. Dr. Adamson was the Children’s Cancer Foundation Research Scholar from 1992 to 1994. He was a Biotechnology Fellow from 1990 to 1992 and a pediatric hematology/oncology fellow at NCI from 1987 to 1990. He began his pediatric career as a resident at CHOP from 1984 to 1987. Dr. Adamson received a B.A. from Wesleyan University and an M.D. from Cornell University.

Dr. Deborah Watkins Bruner, Appointee for Member, National Cancer Advisory Board
Dr. Deborah Watkins Bruner is currently the Robert W. Woodruff Professor of Nursing at the Nell Hodgson Woodruff School of Nursing, Professor of Radiation Oncology, and Associate Director for Outcomes Research at the Winship Cancer Institute of Emory University, positions she has held since 2011. Before joining Emory University, Dr. Bruner served at the University of Pennsylvania as Professor of Nursing and Radiation Oncology from 2006 to 2011 and as co-Leader of the Cancer Prevention and Control Program at the Abramson Cancer Center from 2008 to 2011. From 1989 to 2006, Dr. Bruner held various positions at the Fox Chase Cancer Center, including Nurse Manager/Clinical Specialist in the Department of Radiation Oncology, Director of the Prostate Cancer Risk Assessment Program, and Director of the Symptoms and Outcomes Research Program. From 1986 to 1989, Dr. Bruner was a Gyn-Oncology Clinical Nurse Specialist/Program Coordinator at the Albert Einstein Medical Center. She served as Research Nurse for Burns and Trauma at Crozer-Chester Medical Center from 1985 to 1986. Dr. Bruner began her career as a Staff Nurse at the Crozer-Chester Medical Center from 1978 to 1985. Dr. Bruner received a B.S.N. from West Chester University, an M.S.N. in Oncology and an M.S.N. in Administration from Widener University, and a Ph.D. from the University of Pennsylvania.

Dr. Timothy J. Ley, Appointee for Member, National Cancer Advisory Board
Dr. Timothy J. Ley is Director of the Stem Cell Biology Section in the Division of Oncology at Washington University School of Medicine, a position he has held since 2000. Dr. Ley has also served as the Associate Director for Cancer Genomics at The Genome Institute at Washington University since 2008. He has held various faculty positions at Washington University since 1986, including Professor of Medicine and Genetics, Director of the Hematopoiesis Research Center, and Director for Basic Science at the Alvin J. Siteman Cancer Center. From 1984 to 1986, Dr. Ley was senior investigator for the National Heart, Lung, and Blood Institute at the National Institutes of Health, where he previously served as Clinical Associate from 1980 to 1983. From 1983 to 1984, he was a Hematology-Oncology Fellow at Washington University Medical Center. He completed his residency at Massachusetts General Hospital from 1979 to 1980, and he served as a Commissioned Officer with the United States Public Health Service from 1980 to 1986. He is a past president of the American Society for Clinical Investigation and was Chair of the Board of Scientific Counselors for the National Human Genome Research Institute from 2009 to 2013. He is also an elected member of the Institute of Medicine of the National Academy of Sciences and of the American Academy of Arts and Sciences. Dr. Ley received a B.A. from Drake University and an M.D. from Washington University School of Medicine.

Dr. Max S. Wicha, Appointee for Member, National Cancer Advisory Board
Dr. Max S. Wicha is the Madeline and Sidney Forbes Professor of Oncology at the University of Michigan Comprehensive Cancer Center, a position he has held since April 2015. Dr. Wicha has served as Attending Physician for Medical Oncology In-Patient and Consultation Services for the University of Michigan Health System since 1980. In 1986, he founded the University of Michigan Comprehensive Cancer Center and served as its Director since its inception until earlier this year. Dr. Wicha has held various positions at the University of Michigan Medical School since 1980, including Assistant Professor, Associate Professor, Chief of the Division of Hematology/Oncology, Director of the Simpson Memorial Research Institute, and Distinguished Professor of Oncology. From 1977 to 1980, Dr. Wicha served in several capacities at the National Cancer Institute including Research Associate, investigator in the Laboratory of Pathophysiology, and then as a Clinical Oncology Fellow. Dr. Wicha served as a Commissioned Officer in the United States Public Health Service from 1977 to 1980 and completed his residency at The University of Chicago Hospitals and Clinics from 1975 to 1977. He is a past President of the American Association of Cancer Institutes and a Fellow of the American Academy of Arts and Sciences. Dr. Wicha received a B.S. from the State University of New York at Stony Brook and an M.D. from Stanford University School of Medicine.

For more information about the American Childhood Cancer Organization call 855.858.2226 or visit: