Help make a difference
in the lives of the nation’s childhood cancer
patients, survivors & their families.

This is Kim and her son, Sam, on his first day of chemotherapy. Just before Sam’s 4th birthday, he was diagnosed with Ewing’s Sarcoma, which plunged their family into the world of pediatric oncology. After 7 months of chemo and countless follow-up scans, Sam is doing great and shows no sign of his disease. Throughout their journey, Kim and her family felt the power of the support network provided by ACCOIN and resolved to help other families who have children battling cancer. Originally from Calgary, Alberta, Kim is a graduate of Eastern Washington University (BS, Biology & Chemistry) and Indiana University (Masters, Strategic Management), and works in the medical device field. She lives in Spokane with her husband and two children and enjoys being active, spending time with family and friends, and cheering on her kids as they pursue world domination.

Eddie Wood lives in the Spokane area with his wife and their three girls (one set of twins). He is an avid sportsman and thrill-seeker (motocross!) who works in medical sales through his knowledge of the health industry reaches far beyond the professional. At the tender age of seven, Eddie was diagnosed with stage IV rhabdomyosarcoma and given a 22% chance of survival. Eddie emerged cancer-free and has remained in remission these 31 years and counting. Eddie brings to the ACCOIN community the unique adult perspective of a childhood cancer survivor (and son of a health care professional) with an experiential understanding of the direct impact and implications of a pediatric cancer diagnosis. His passion for the cause is palpable to all who cross his path.

Connie’s beloved daughter Amanda passed away in Dec. 2006 at age 18 after an intense year-long battle with Acute Myelocytic Leukemia, which was thought to be caused by chemotherapy she received for brain cancer at age 12. Amanda and her parents were active members of ACCOIN for 6 years, both as participants in family and teen activities and as volunteers for many fundraising and awareness events. They greatly appreciate all the support they have received from ACCOIN during Amanda’s illnesses and remission and since her passing. In memory of Amanda’s loving and compassionate spirit, Connie is determined to help ease the burden of ACCOIN families as they navigate the nightmare of childhood cancer. Besides being the Board Treasurer, she also serves as Database Administrator and provides tech support. Connie has a B.S. from EWU in Information Science, an interdisciplinary degree combining math, computer science, accounting, and decision science. She has been self-employed for many years providing software development and technical support primarily for the wholesale forest products industry. 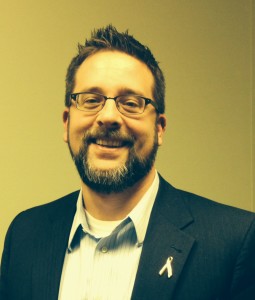 John was born and raised in Spokane and currently resides here with his wife, son, daughter, and nephew.  He has worked in the banking industry since 2005. Since 2010, John has been a Branch Manager and AVP with Wells Fargo Bank.  When not spending valuable time with his family, you will find John at the golf course, taking in a sporting event, or volunteering out in our wonderful community.  John became passionate about ACCOIN after hearing about the wonderful organization from other board members. He learned about all that they do to help local children and their families and wanted to be a part of it. He knows how important this cause is to everyone in our community.  He truly values the opportunity ACCOIN has given him to serve this wonderful organization and local children with cancer and their families.

Greg is an Event Operations Technology Specialist on the Gonzaga University Event Service Team (GUEST). He has a BA from WSU and is the owner of GM Entertainment. Greg has been involved with ACCOIN since 1992 when he started entertaining at the annual Christmas party.  This organization is very special to him as he’s made life-long friends and connections.  Now Greg helps out with day camps and annual events like the dinner auction, summer party, and holiday party.

Maile lives in the Spokane area with her husband and their four children. Born & raised in Hawaii and living in the Pacific Northwest, Maile enjoys the ocean, rivers, lakes & mountains! Running, skiing, camping, rafting, “going beach” & surfing are my favorite family activities.

Maile attended Whitworth University, receiving a B.A. in Elementary Education and an M.Ed. in School Administration. She worked for 17 years in the Mead and Spokane Public School Districts as an elementary school teacher, principal assistant & principal. Maile also served as the Director of Curriculum & Instruction for MCA in Taiwan. Currently, Maile’s primary focus is her family, their home & the plethora of activities in which they are all involved.

On Friday, March 10th, 2017, Maile took their youngest, Alexandra, to Sacred Heart ER; four hours later, and three weeks before her 7th birthday, Alex was diagnosed with Acute Lymphoblastic Leukemia (ALL). Since that overwhelmingly memorable & emotionally draining day, many blessings have emerged! ACCOIN has been a huge blessing throughout their family’s journey! Alex completed 2 1/2 years of treatment in July 2019 & remains cancer-free!

Now into my 7th year of working with Sacred Heart Children’s Hospital, I’m thrilled to join the ACCOIN team!  I look forward to working together to support the patients and families.  We are so lucky to have ACCOIN helping light the way on each patient’s journey. 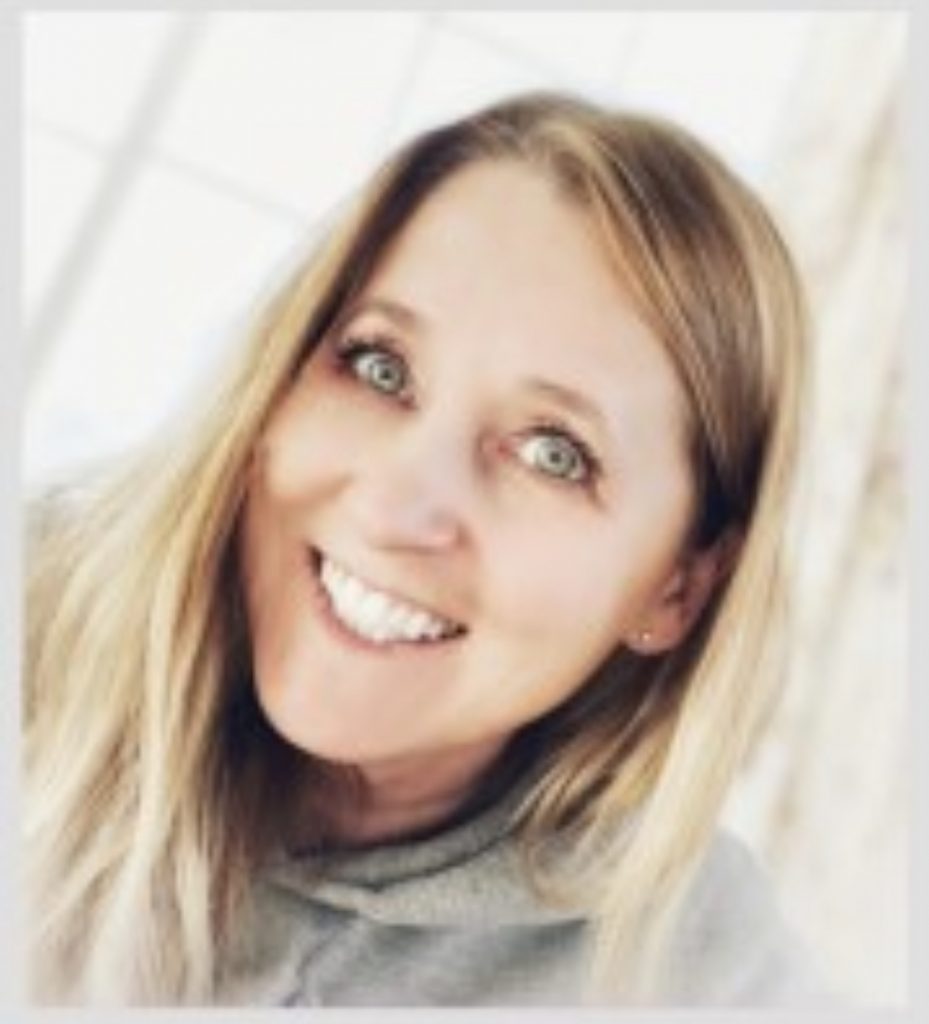 Leslie Woodfill has served in the non-profit world for over 25 years.

She entered the non-profit world as a volunteer for the Make-A-Wish Foundation and then transitioned into the role of wish-granting and Regional Co-Director for children in Eastern Washington, Northern Idaho, and Montana.

In 2015 she took on the role of Eastern Washington and Northern Idaho Walk Manager for the Alzheimer’s Association where she managed all details for 4 walks, built awareness, and raised funds to help in the quest for a world without Alzheimer’s and other Dementias.

Leslie has been a volunteer of the local American Childhood Cancer Organization Inland Northwest since 2002. She is excited to step into the role of Executive Director with the opportunity to make a difference in this special mission of supporting educating, service, and advocating for the children & families of children with cancer, survivors of childhood cancer, and the professionals who care for them. 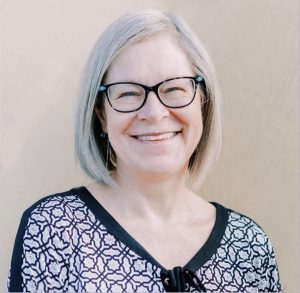 Denise’s oldest daughter Becky was diagnosed at the age of 3 & a half with stage 4 Rhabdomyosarcoma. The American Childhood Cancer Organization Inland Northwest  (ACCOIN) volunteers befriended her family shortly after her diagnosis. Back then, ACCOIN’s main program was a snack cart at the hospital, but more than that, they were and remain a gathering of parents going through the same thing. What an incredible lifeline! Previously, Denise served two terms on the board of directors and headed up the sibling support group. As Patient Services Coordinator, Denise is honored to be walking beside families (many of who become friends) because there is a shared knowledge of the road traveled and it means so much to share support and wisdom. 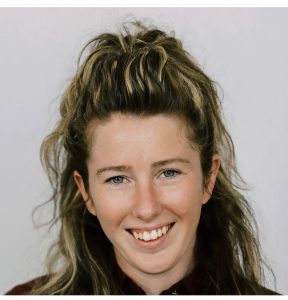 My name is Lindsay Morgan and my son Jackson was diagnosed with hepatoblastoma at age two. After 13 months of chemotherapy and countless days spent at the sacred heart, we can now say Jackson is cancer-free! Throughout Jackson’s year-long battle, ACCOIN was a strong and consistent support group that was always there for our family and became like family as well. We moved to the Spokane area 2 months before Jackson’s diagnosis, with no family or friends close by, the staff of ACCOIN and Sacred Heart quickly became close to our hearts. I can’t express how honored I am to become a part of the ACCOIN family and help be a part of the support network that has done so much for our family in the most difficult time of our lives. Looking forward, our family is excited about many days spent adventuring and backpacking around the beautiful PNW together.–

my name is Summer Ford. Our family moved from Texas to Spokane 5 years ago and we quickly fell in love with everything the PNW has to offer.

My husband, Ryan, and I raised three amazing children and are officially empty nesters and devoted dog parents to two energetic labs, Jax and Phoebe.

My three children are all WSU Cougs…Holt, Hunter, and Hannah.  In the spring of 2021 our middle Coug, Hunter, became suddenly very ill while at school in Pullman and was shockingly diagnosed with AML.  He battled for 36 days, but cancer quickly ravaged his once perfect 19-year-old body, and he sadly lost his fight that April.

The amazing Pediatric Oncology and PICU staff at Sacred Heart, as well as the support we received from organizations such as ACCOIN changed my life and perspective forever. The experience was my inspiration to go back to school and obtain a Master’s in Health Communication and Promotion through WSU Global campus in honor of Hunter and to help others who find themselves facing a similar diagnosis one day. I am looking forward to this position with ACCOIN and working alongside others who share a love for this organization and are passionate about the families we support.